Board of Directors • President 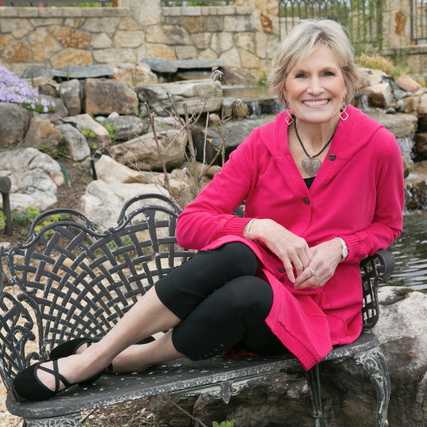 Sherry Sharp was married to her high school sweetheart, Richard Sharp, for almost forty-six years, and spent most of her married life as a wife, mother, and grandmother. Long time philanthropists in the areas of education, children’s services, and medical research they shared a special desire for K-12 public education reform. Through 2008, they focused their time and resources toward helping low-income children with the opportunity of reaching their learning potential through education. Sherry has also devoted thirty years to Christian Bible study and ministry. She launched her own website in 2017, SherryTheWriter.com and is the author of inspirational articles and Christian devotionals. She serves as an advisor to Sweet Monday, an international women’s ministry and writes a weekly devotion for theSweet Monday website. Sherry is the recipient of the Pioneer Award, Journey to Hope 2016 from Johns Hopkins University.

Her hobbies include many kinds of handwork, photography and writing. Since 2010 her writing has become a larger focus in her life and she is a published author with Chicken Soup for the Soul,Alzheimer’s and Other Dementias edition. Her story, Life Interrupted, was inspired by her experience as caregiver to her husband after he was diagnosed with Younger Onset Alzheimer’s disease in 2010.

Richard Sharp, past CEO of Circuit City Stores, creator of CarMax, chairman of the board for CROCS and founder of V-Ten Capital Partners, lost his battle with Alzheimer’s in June 2014. In his honor, Sherry is now focused and dedicated to carry on the fight to bring an end to this deadly disease through her involvement as a director with the Cure Alzheimer’s Fund and president and director of the Rick Sharp Alzheimer’s Fund.

Sherry Sharp lives in Richmond, Virginia. She especially enjoys spending time with her two daughters and their husbands, four grandchildren and three dogs.